I’m Listening to Lonnie Smith Instead of Your Indie Band 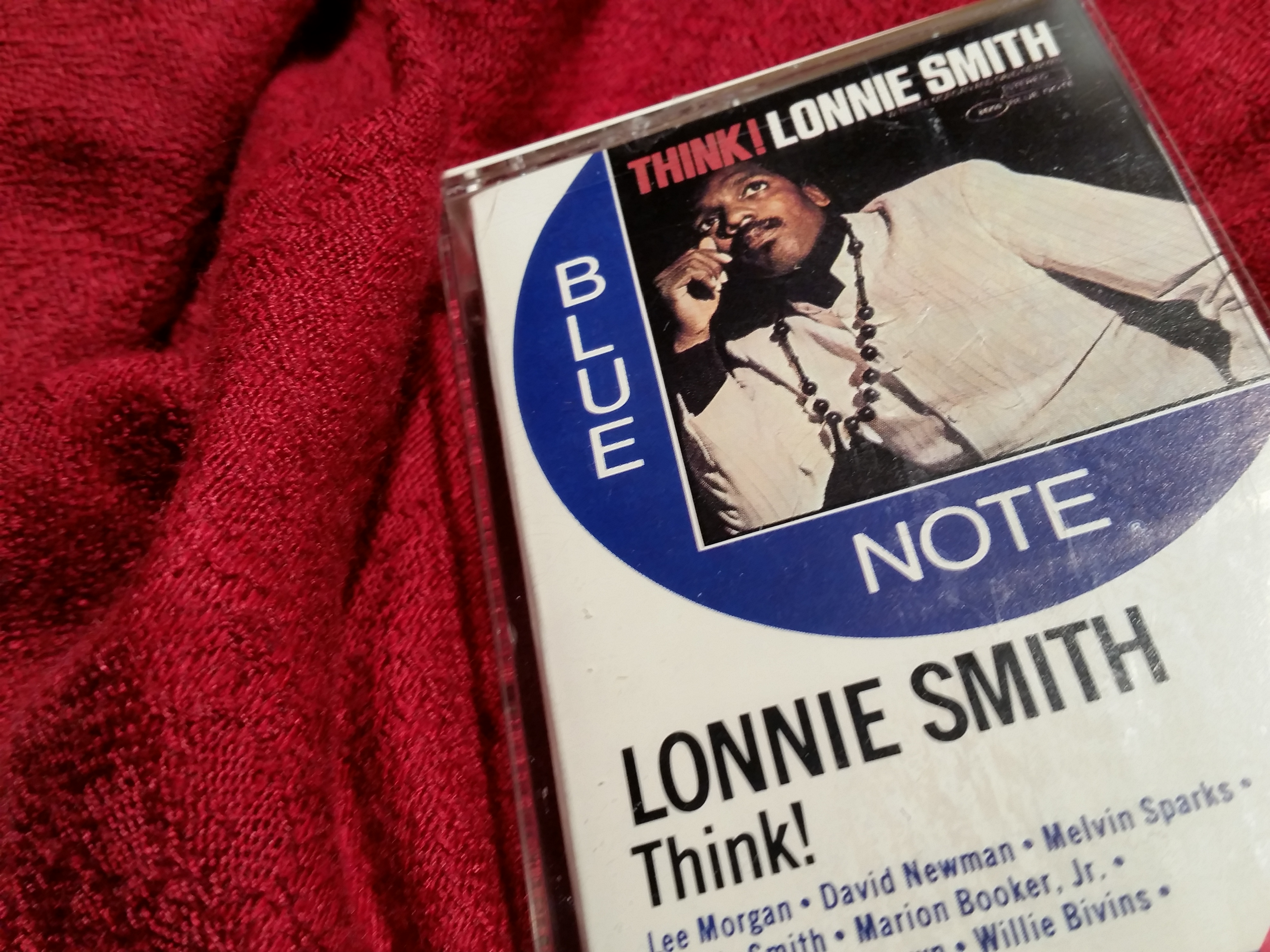 Review: Lonnie Smith: THINK (Side B)

After an indie band reached out to me to do an interview yet at the time, I did not feel like partaking in any indie rock with acoustic guitar, and weighing in on if it was “folk” or not. I shook my head.

The stage was set for me this evening to cleanse my emotional and audio palette with some Music with a capital M. Therefore, I went to the trove of casettes I have, which includes a bunch of Blue Note music releases, and tossed in Lonnie Smith.

At first, the drums and rhythm were noticable; a rolling snare drum that sounds like a mechanical ball of twine collapsing on itself it always great. It’s a solid groove on the first tune on side B, “Think” which is also the title track. It was great then the guitar coming in made it even better. That’s Melvin Sparks. He did some syncopated stacatto stuff that was pleasing. Then the B3 organ; it started sounding a little spacey, almost modern. Where was it between the 60s and 70s that the sound of old school melded with “modern” or even spacey or psychadelic? It never crossed into psychadelic territory but it sounded less old school. Perhaps it’s truly the equipment that makes something modern, the electronics of the organ gave it that sound.

“Think” is a great tune that is highly dancable. It ends smoothly and could easily stand up to repeated listens/dances.

The second tune begins with some heavenly organ and I’m ready to see a celestial being come out of the clouds with sequins. Instead, an insanely tight, Latin-sounding horn solo comes in over congas and timbales. This is “Three Blind Mice” and “Slouchin’.” I don’t know where one song begins and another ends, but for the gentle flute and rattatatting of the snare and some distant sounding trumpets. The organ still adds some spacey modernity to what otherwise sounds like nature itself, breathing and beating.

My night is better. Thank you to the rhythms of Lonnie Smith and his band.

The tape is copyright 1986 but I would have to believe the music was recorded quite a bit earlier.